What are The Llama Iceways?

The Llama Iceways are a network of ice paths that span the majority of the nether, connecting up a multitude of places with each other.

The public project, spearheaded by *LarryTLlama, enables players to move about the server much quicker than traditional iceways which generally travel from any location to the Nether Hub. The Llama Iceways travel from key destinations along a shared route to other destinations.

Aside from the standard smooth basalt railing on either side of the iceway, one thing that makes The Llama Iceways so readily identifiable is its consistent "Y" height. If you are standing on the iceway, you will be at Y-79. Players with iceways on this level are encouraged to include them in the network, if possible.

It is also possible to navigate the iceways while flying, thanks largely in part to Flynn, who cleared the netherrack above the iceways to allow for flight.

The Farlands Iceways are a set of 4 iceways that form a box around the inner core of the nether. Each is perfectly straight from one corner to the next, allowing for high-speed travel through the edges of the core nether. They were a public project organized by Flynn Ice (the non-profit division of Flynn's Stones). They are predominantly the work of Flynn but others contributed to the project.

Connect your iceway to The Llama Iceways and let Larry know! We have some guidelines for connecting, so please check in with Flynn.

Can I connect to the iceways? Yes! We love it when players connect to our network! However, please let us know before you connect. Whether thats a /mail, or a DM, you can contact *LarryTLlama, and just let us know that you're connecting!

Where can I view the map? We've created a website for it! https://llamaiceways.great-site.net/map.html

Where can I donate to the Iceways? You can head to LarryTLlama's Llama Sanctuary and drop stuff in the donation box! Thank you <3

How often is the Interactive Map updated? About once every couple months, or whenever new locations are added. Let us know if you're not added and we'll get you added!

Where can I get the latest updates for the Llama Iceways? We'll post any major updates in #public-projects in PVC!

Have any more questions? You can ask us on our discord.

While these locations are divided into multiple sections, but they are not separate iceways. Every location on this list is accessible from any other. If you would like to be added, simply build a way to access the Iceways from where you are and post in the comments. While not possible to show every location on the transit map, requests can be forwarded to Larry.

These maps are not up-to-date nor are they reliable. For a fully updated map, go to our website. 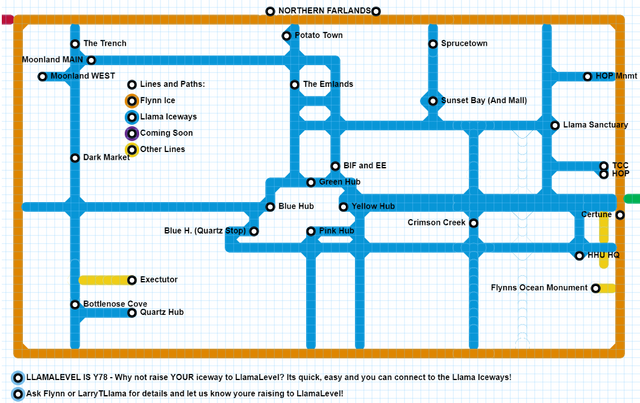 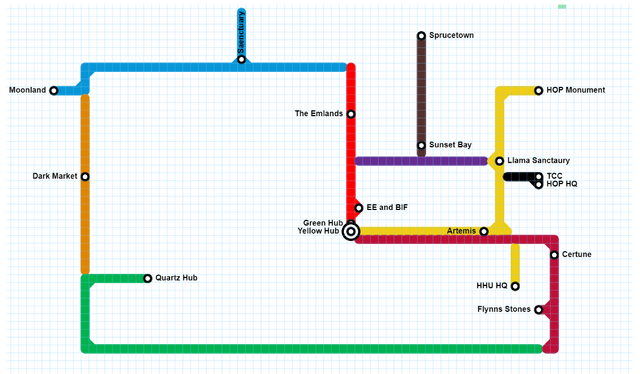