This page is intended to explain the claiming mechanic as implemented here on PVC, and show how you can protect your land in PVC by placing a claim block. Placing a claim block prevents other players from breaking or placing blocks, using redstone switches such as buttons or pressure plates, opening doors, and opening chests and furnaces. The claim blocks are made of ores, and it is for this reason that you can’t silk touch ores in PVC.

There are five different types of claim block: lapis, coal, redstone, diamond, and nether gold ore. Each block covers an area 64 blocks above and below it, except for lapis, which covers 5 blocks above and below. Otherwise, the ores differ in horizontal radius. This area is measured in a square, similar to the area where water affects crop growth.

How to Get Claim Blocks

The easiest way of getting claim blocks is by just spending time playing on PVC. After your first 30 minutes of playtime you are given one coal claim block, and after nine hours you are given two more. You can check your playtime by using the command /playtime. Playtime is not counted while the user is physically inactive in-game. If you stop moving for a bit, a message in the chat will pop up saying '[playername] is now AFK'. the time between this message and the one stating that the player is no longer AFK is not added to playtime. This can happen even if you are riding a long rail.

If you want more claim blocks after you have received your three free ones, you must buy them. The shop for claim blocks is located at spawn at -168, 108, 116. To buy lapis, coal, redstone and nether gold ore claim blocks, diamonds or netherite ingots and playtime certificates are required. You are given a playtime certificate every eight hours of playtime. If your inventory is full when this occurs, you will get a popup message on your screen directing you on how to receive it. 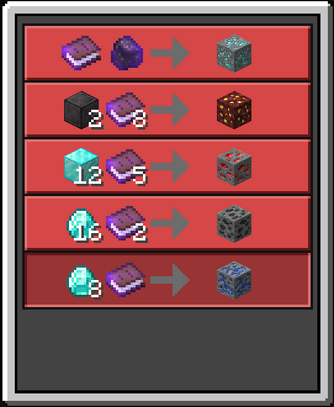 Note: when you buy a lapis claim from the shop, it will give a “4x4” claim. This covers the same area as a 10x claim, and if you place it then break it it will turn into a 10x claim. The same is true for the coal and redstone claims, that say "16x16" and "32x32" in the shop but will convert to the correct size when placed.

Trading with Other Players

It is against the rules to sell, trade, or give away your claim blocks. You are also prohibited from selling or giving away your playtime certificates and The Big Claim book. 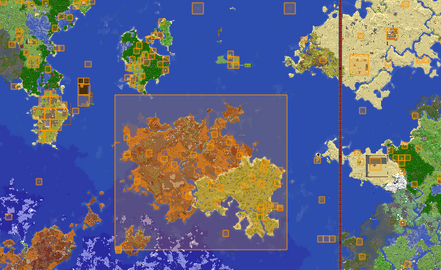 When you place a claim block, your claim will show up on the dynmap. Whilst you can combine and overlay your own claims, you can’t overlap other players’. Check the rules before you place your first claim to make sure you aren’t breaking any.

You can place smaller claims inside larger ones to make plots. These could be used as rooms in a hotel, or as member houses inside a union’s larger claim.

Why can’t I place my claim block?

You may have reached the limit of claim blocks allowed for your rank. Check the ranks page to learn more.

Adding Players to a Claim

For every command listed here that uses /ps, /claim can be used as well.

There are two different commands to add players to your claim: /ps add [username] and /ps addowner [username]. Using /ps add makes the player a member of your claim. This means that the claim block no longer protects your land from them, but it doesn’t allow them to alter the claim boundary or block in any way. Using /ps addowner makes the player an owner of your claim. This gives them complete control over the claim in the same way you have, making it possible for them to move the block and add other players to the claim.

To remove someone from your claim, simply use /ps remove [username] or /ps removeowner [username], depending on their role.

Why is my Claim Gone?

If you’ve been absent from the server for more than 25 days, the admins may remove your claim. If this happens, your chests are accessible to all players and your stuff may be looted. This is not against the rules.

It is against the rules, however, to grief unclaimed buildings, so if you return and find that your build has been griefed then be sure to let the staff know by opening a ticket on the official PVC Discord.